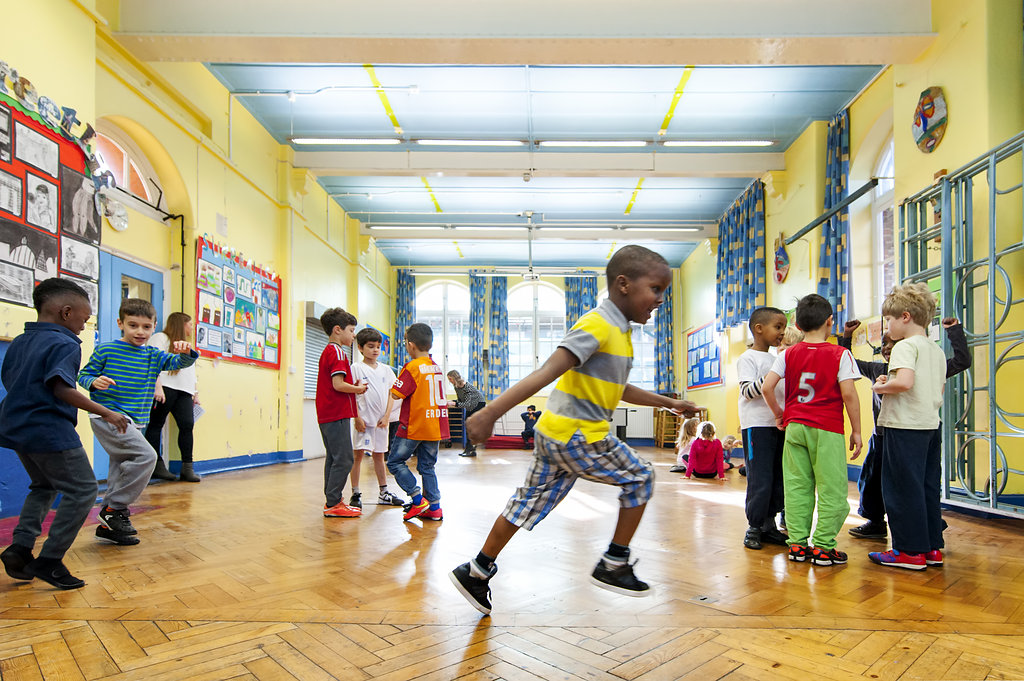 All schools receive an additional grant to spend on developing PE and Sport. Find out how we spend it…

Gillespie have benefited greatly from the funding and their sporting success has continued this year. The sports premium has been used to continue to upskill our teachers and build their confidence in delivering different sports. This has been done by bringing in expert coaches to teach alongside the class teacher providing them with ideas, confidence and skills. Our PE leader has also been active in the teaching of PE across the school.

Gillespie have played in the British Land inclusion league for the past 3 years and have built on their performance each year. Last year we won the tournament.

Gymnastics has now become a regular feature at Gillespie with all the teachers receiving a whole term of CPD alongside the fantastic coach Rochelle. Rochelle also runs a lunchtime session for those children in KS2 that she has noticed have gymnastics potential in the weekly gymnastic lesson. These children have gone on to participate in the borough competitions. Rochelle is also teaching EYFS in the summer term and running an inclusion gymnastic session for KS1 and KS2 in the summer.

As part of the ongoing incentive to get children to have a healthy lifestyle, the daily mile has been introduced in KS2 to ensure that each child in KS2 does at least 15 minutes extra of physical activity everyday. This was introduced in the second half of the Autumn term 2017 and we will look at the impact it has had at the end of the summer term.

Pages in this section